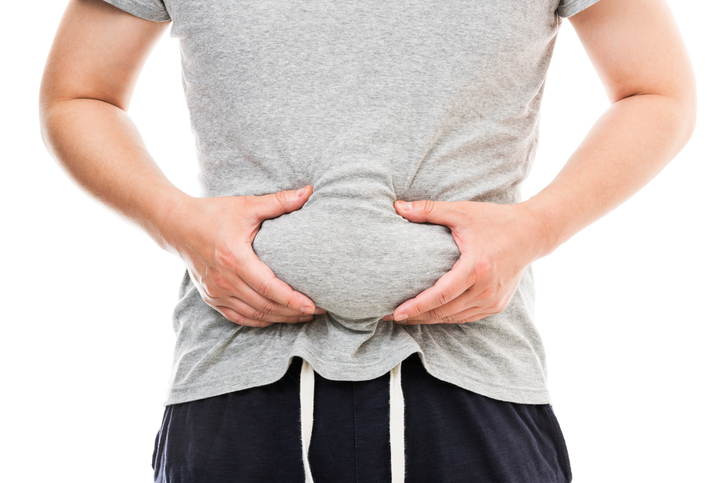 Hands up if you know where all the fat goes to once you’ve lost it off your bod? Anyone?

Well, if you don’t know, you’re not alone. In a recent survey, 98% of health professionals couldn’t explain where it went to either!

The most common theory has always been that fat is converted into energy, but that’s not the case. It’s not put on as muscle, and it doesn’t disappear down the porcelain chamber either. So where does it actually end up?

In fact, just about everything you swallow (except for dietary fibre) gets vaporised. Zapped just like that!

So can simply breathing out more reduce weight?

Sadly, no. You can only increase the amount of carbon dioxide exhaled by the body by moving your muscles. But this can be as simple as walking, gentle stretching, housework or gardening. Anything which means your body is moving rather than sedentary. Even showering, getting dressed or playing a musical instrument counts!

If you’re not ready to face the gym, ride a bike or go for a run anytime soon, start slowly and build up to it gradually. Go on, stretch those arms, stretch those legs and get that body moving, baby.

Pssst! One sneaky upside of the carbon dioxide weight loss revelation? An average weight Aussie will breathe out about a quarter of their daily carbon dioxide while they’re asleep! #winning

So the mantra ‘energy in, energy out’ is a misconception. It would be better represented by saying ‘eat less, move more’. That way you’ll make sure you’re exhaling more carbon dioxide than what you’d usually produce without even thinking about it.

The Sure Way To Lower Blood Pressure

Hey you, why don't you climb stairs to lower blood pressure and strengthen leg muscles....…

How much should you exercise to maintain weight loss?

Leptin and adiponectin are probably not words you’ve heard of until now. But if you’re…