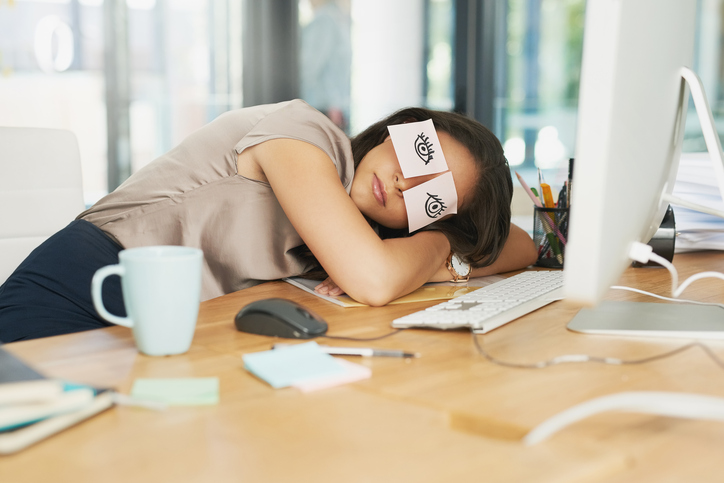 Get up, stand up, stand up for your rights! And also because it could help you lose weight!

Ever since cars, computers and television were invented, sitting down has become a way of life. So much so, it’s been coined by the scientific community as the ‘sitting disease’, and it’s killing us via the obesity epidemic, cardiovascular disease and diabetes.

An average person spends around 7.7 hours a day sitting down. This even impacts your health if you’re doing regular exercise elsewhere!

The good news is standing up not only prevents problems including weight gain, it can also help people to actually lose weight.

Does standing burn more calories than sitting? Of course!

A recent study has found that substituting when standing for sitting for six hours a day, a 65 kg person would expend an extra 225 kJ a day. That would equate to 2.5 kg in one year and 10 kg in four years.

But there’s even better news!

The difference in energy used is even greater than the difference between just sitting and standing. A recent study has found that people rarely stand perfectly still: they’re actually making small movements when standing such as shifting weight, taking small steps or even swaying from one foot to the other.

Plus when you’re standing you’re more likely to make that short trip to the bin, the water cooler or stationery cabinet.

Replacing standing for sitting could be an easy way to get you off on the right foot (see what we did there) to help you lose weight. Plus standing will also help with posture, increased blood supply and better metabolism. The extra activity will also help lower your risk of heart attack, stroke and diabetes.

If you can’t stand for long periods, try at least alternating between sitting and standing every half an hour. At work, stand up whenever someone comes over to talk to you about a project.  And who knows, after all that standing, you might even feel like doing a little bit more physical activity each day.

When We Lose Weight, Where Does It Go?

Do you know? We didn't think so... Weight loss is one of those things you…