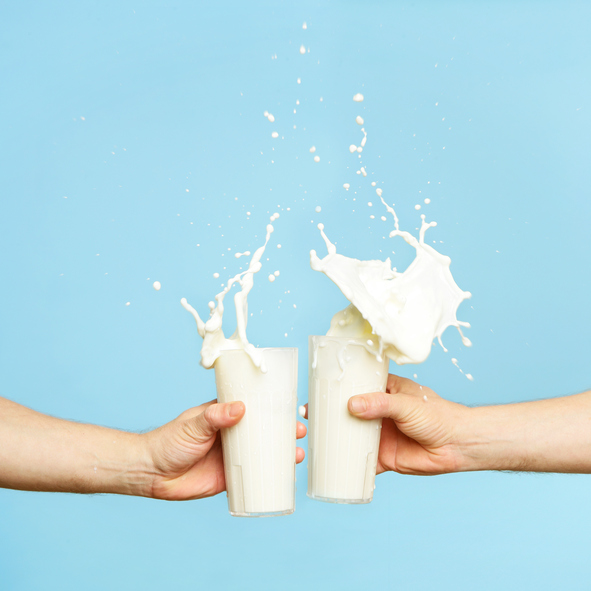 What do you get when you cross a duck with a mammal? The humble Australian platypus of course!

But did you know it’s also part cow? Well, it produces milk like one anyhow.

This crazy species has always fascinated scientists due to its mix of unique reptile, bird and mammal-like functions. But this DNA oddity has shed light on the global fight against antibiotic resistance.

And the secret is in the milk. Platypus lay eggs like a bird and then produce milk like a mammal to feed their young (weird!). But they don’t have any teats, so express the milk onto their belly for the babies to drink. Which sounds kinda cute, but it also exposes the little ones to the perils of bacteria. Enter the super-powered superbug fighting milk!

We’ve know about this since 2010, but Australian researchers at the Commonwealth Scientific and Industrial Research Organisation (CSIRO) and Deakin Uni have recently solved the puzzle that helps explain ‘Why is it so?’.

The team discovered something never seen before, a 3D fold in the structure of platypus milk, similar to a ringlet. Just like child actor Shirley Temple’s curly hair (which is also what the scientists have called the formation in case you were wondering).

So far the unusual protein structure has only been identified in monotremes like the platypus, but will help to build on understanding proteins in general and inform more research into other drug discoveries.

It’s all in the bid to find better ways to fight bacteria with The World Health Organisation flagging a future global threat of antibiotic resistance where previously treatable common infections once again start to kill.

If that’s the case, this cute little creature could put the Australian platypus on the life-saving map.

What Should I Eat To Improve My Skin?