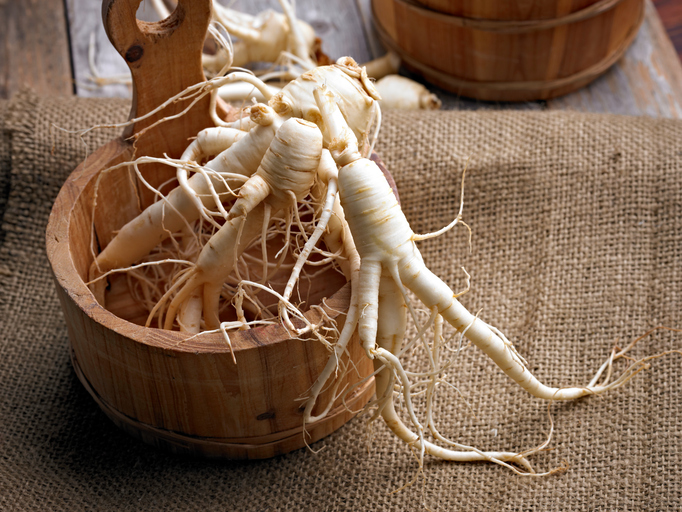 Ginseng isn’t a food we come across too often in western society unless it’s been smashed into an energy drink, head-cold tablet or health supplement.

But people in Asia have been using ginseng for thousand of years for its health benefits. Why?

Ginseng is reported to assist the immune system, enhancing resistance to illness and microbial attacks. But this herb also comes with a serious warning. Not only does it need to be taken in moderation, but also there are different types of the plant which do different things to the body. And unfortunately, they can be easily confused.

First of all, there’s both Korean and American ginseng that produce opposite effects on the body. There are also other plants like Siberian ginseng that is unrelated altogether!

Korean ginseng is warming while American ginseng is cooling. A little like the Yin and Yang of ginseng really.

Director of Traditional Chinese Medicine Australia, Dr Shuquan Liu says while Korean ginseng might be good for warming you up in winter, in summer it could cause nose bleeds or other serious problems.

Similarly, it’s not suitable for women going through menopause, pregnant women, people with high blood pressure or those on blood thinning medication.

He says now that winter is here, warming ginseng can be taken in moderation but not too often.

Tasmanian ginseng farmer Ziggy Pyka swears by its health benefits, saying it’s good for overall health, longevity, vision and memory. But the downside is that it can take two years for the seeds to geminate and four-to-six years for the plants to mature.

“So if you want to grow ginseng, it will take around eight years to produce one harvest,” says Ziggy.

However, fresh ginseng is a lot less powerful than dried or concentrated, making it safer to consume. Although it’s still not recommended for daily consumption, it’s a good winter-warming inclusion for occasional dishes like Samgyetang (Korean chicken soup).

The Sure Way To Lower Blood Pressure

Hey you, why don't you climb stairs to lower blood pressure and strengthen leg muscles....…